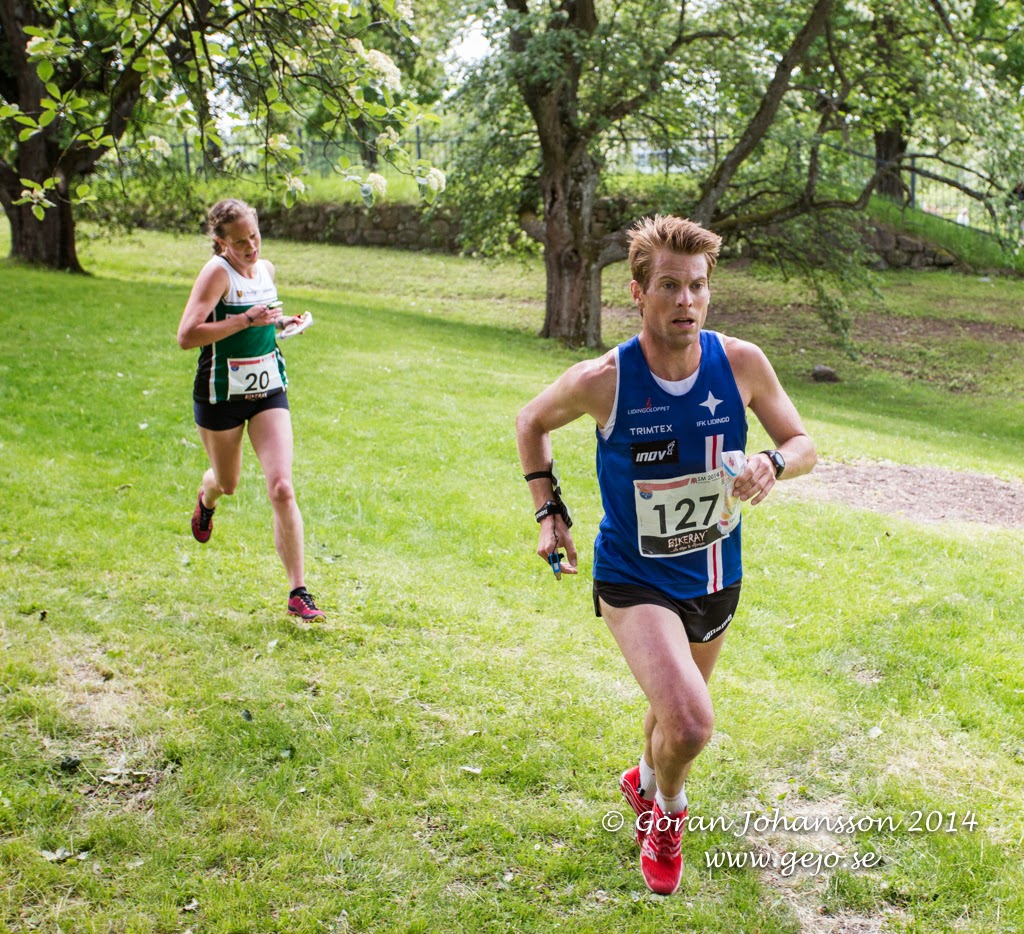 Last weekend competed in the Swedish Championship in Sprint arranged in Uppsala. OK Linné had a competent course setter team and I expected challenging courses in nice sprint areas.

The qualification Saturday evening was held a few kilometers south of the city centre. I did a solid race, but lost about 5 sec to the 4th, 9th and 16th control by not running the shortest line. To the 15th control I had not seen the fence when I decides to go left, but had one of the fastest splits even if I change to go right in the end of the leg. I finished 4th, 34 sec behind Gustav Bergman, that have been in really good shape the whole spring. Results, splits and GPS tracking

The final Sunday was held in Uppsala city center, with arena at Uppsala Castle. I did in overall a pretty good performance, in a really nice and challenging course. I had in general a bit slow start and lost aslo a few seconds on the route choice to the 5th and 6th control. 25 seconds behind the leader already at the 6th control is far too much. But the rest of the course went well, and I was one of few runners that found the best route to the 8th control. I finished with the 3rd best time (14.52), 33 seconds behind Gustav Bergman, but unfortenately I got disqualified because I during my morning run by a mistake had been 50 meters inside the embargoed area for the race:-( Results and splits

Østerbø med medaljefart i Sverige, orientering.no
A lot of nice pictures taken by Göran Johansson and a video filmed from the air.
Posted by Øystein Kvaal Østerbø at 23:50