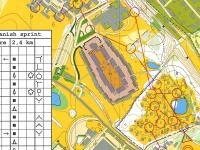 The Norwegian selection races for the World Cup in Spain and the European Championship in Portugal was includes in the event Danish Spring held two weeks ago. Good runners from several Nations was competing, and it was a great start of the season home in Scandinavia.

The weekend started with a Sprint in Helsingør on Friday. I did a stable performance, without any real mistakes, but did not have the best flow and it was partly very slippery because of the rain. I was therefore happy to win the race:-) 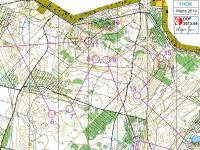 In Saturday's Middle distance I did mainly an OK race, except that I lost 20 - 30 sec to both the 6th, 12th and 21st control. Thats of course too much to get a good result in a middle distance, and I ended up 15th, 2 min behind Rassmus Andersson. 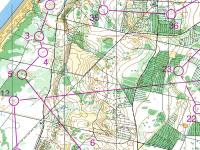 The weekend was ended with Sunday's Long distance. I did overall a pretty good race, even if I lost a bit more then 1 min to both the 5th and 23rd control, where I didn't have a good enough direction, but also had problems to understand the map. Fallen trees from last winters storm made it difficult to run the optimal route som places. I was happy to finish 4th, as 2nd best Norwegian, 3 min behind Fredric Portin and 2 min behind Olav Lundanes. 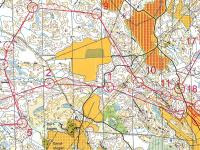 The last ten days I have. been on Lidingö, where I have decreased my winter training a bit to be in better shape for WC and EOC. Last weekend I participated in Måsenstafetten, that went pretty well for most Lidingö runners, and gave us a good feedback before 10mila in one month. At the moment I'm on the plane to Alicante, and are looking forward to two intensive weeks in Spain and Portugal. The WC in Spain can be followed live with TV and GPS tracking on Saturday and Sunday.

PS: Orientering.no has made an interview with me about mental preparations (in Norwegian).

Posted by Øystein Kvaal Østerbø at 14:17 No comments: