September is a really busy month for me this year, and I will be on travel the first 3 weeks of it. At the moment I'm in China where I will compete in Park World Tour the coming week. 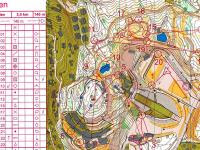 The fist week in September I competed in the Nordic Orienteering Tour, witch was also counting as World Cup Final this year. I was doing stable performances in most of the 5 races, and ended on a 17th place overall, less than one minute from the 10th place. The highlight of the NORT for me was the 4th place in the Sprint in Holmenkollen in Oslo. In the overall World Cup I ended 21st. All maps from NORT can be seen in my DOMA. 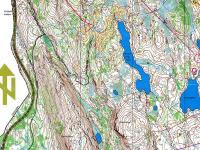 After NORT the Norwegian Team stayed a few days more in Finland, to prepare for next years World Championship in Vuokatti.

From Finland I went to Oslo, where I ran the Norwegian Championship in Long distance last Thursday. The race went well, and I finished 4th after a technical very good performance. Physical I felt a bit tired after NORT. Results and GPS tracking

After the race I went directly to the airport, and took a flight to Beijing, where I arrived the next morning. The coming week I will compete in Park World Tour with in total 5 races held in 3 different cities. Today the first race was arranges in Changchon, with a sprint in a nice park. I was still feeling tired in my legs after the NM Long and the travel, but I did a technical good race and was able to win in front of Matthias Muller and Tomas Dlabaja On pwt.org you can find a short news with link to the result, splits and map.

After the last race in China I will go directly back to Sweden, where I will run the Swedish Championship in Relay held in Gävle.
Posted by Øystein Kvaal Østerbø at 15:46 No comments: