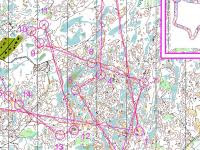 I have not updated my blog since last autumn, and I will now try to make a short summary of what I have been doing the last months. In September and October I was so busy racing, training and travelling, that I did not take the time to make updates, and since November I have stayed mostly home, and had to focus on daily routines like training and work. 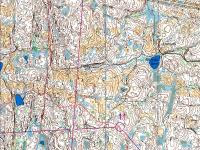 The following weekend the Norwegian Champs was arranged in Kongsberg, in the neighbor terrain to where the World Cup races will be held in the beginning of June. The Long distance went pretty well, and I finished 6th. On the Middle I came 16th. On the relay I did a good last leg for Wing OK, and after having the 4th best time on the last leg we could finish as 11th team.

Races in Alta Badia and WOC training in Asiago in Italy 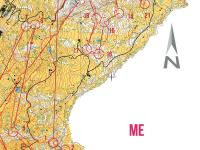 The third weekend in September I went back to Italy for five days together with a few runners from Halden SK and some other Norwegians. During the weekend I was running two really nice races in Alta Badia, and I finished 2nd in both the Sprint (with mass start) and WRE Long distance. Monday to Wednesday I got some good trainings in Venice and Asiago, before I went home for Lidingöloppet.

Arranging and running Lidingöloppet home on Lidingö in Stockholm

Lidingöloppet is the worlds largest cross country race, with more then 40.000 participants. It's the main income for my club IFK Lidingö SOK, and I was helping with the organizing every day. On Friday I was also running the first leg for the winning team in the relay Lidingöstafetten. 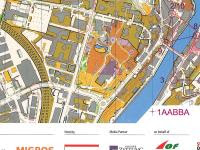 In the beginning of October the World Cup final was arranged in Baden in Switzerland. Friday it was an unofficial Sprint relay, and I was running the 3rd leg for the Norwegian first team. We where fighting in the lead the whole relay, and finished 2nd, after the Danish team. Neither in Saturdays Middle nor in Sundays Sprint I did my best, but managed still to to finish 13th overall in the World Cup, as the best Norwegian male.

WOC training camp with IFK Lidingö in Asiago in Italy
After the WC final I travelled directly to Asiago, where I joined the last 3 days of IFK Lidingö's WOC training camp. It was my third time in the Asiago area this autumn, and I started to feel familiar with the terrain for the WOC 2014. 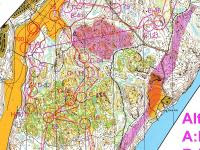 In the middle of October 25 manna was arranged in Stockholm. I was running the first leg for IFK Lidingö, and it went fine until I did a huge mistake in the end. The rest of the team was running pretty well, and we finished in 6th position for the third year in row. 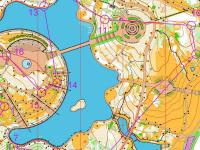 In the last half of October I spent one and a half week in China, and I have already wrote a report from the Park World Tour. 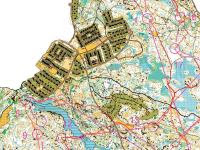 My season was ended with Smålandskavlen the last weekend in October. It went really well for the the whole team, and IFK Lidingö managed to win the relay after a trilling finish.

The start of the new training period 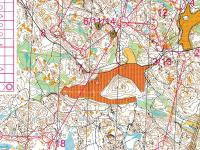 After Smålandskavlen I took it easier, and so far this winter I have stayed mostly home and had focus on daily routines like training and work. In September I moved to a big house on Lidingö together with four other orienteering runners, and after a very busy period in September and October it has been great to spend more time together with them both for training and social activities. 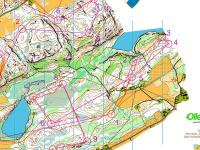 During November I increased my training, and since December I have been training very well. It has not been much snow in Stockholm so far this winter, and until Christmas it was excellent conditions for orienteering training. During Christmas I had planed to do more skiing in Trondheim, but also there it was snow free in the city, even if it was skiing conditions in the higher parts of Bymarka. The Christmas was therefore a great mix of running, skiing, strength training and social activities.. 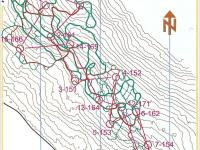 Even if I so far this winter have been more home than normal, I have been on some training camps and races. In November I was selected in Norwegian Elite training group, and so far I have been on two different training camps, one in Moss in Norway in December and one in Silkeborg in Denmark in January. In January I have also been competing in ski-orienteering two weekends. In the Norwegian Relay Champs I won a silver medal with Wing OK, and I also got the opportunity to competed in the World Cup on Gåsbu (since Norway had some extra places on home ground). I will maybe write some words and publish maps from this activities if I get time.
Posted by Øystein Kvaal Østerbø at 11:57 No comments: 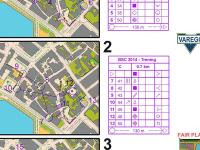 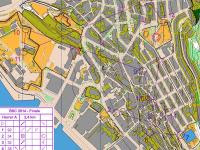 You can see all maps from BSC in my DOMA, and Jan Kocbach has made a new great app called SPAS (SPlits Analysis System) were you can analyze the route choices of more then 100 runners on each stage. The organizers page with results, maps, route choice analyzes and pictures are well worth a visit. Bergen Sprint Camp was again very well organized, and is one of the best opportunities to train sprint orienteering on quality maps and courses.
Posted by Øystein Kvaal Østerbø at 07:55 No comments: