Maps and pictures from Portugal 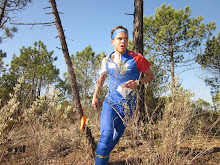 The two last weeks in February I spent on training camps in Portugal. The first week I was together with my club IFK Lidingö and the second week with the Norwegian National Team.

The first days with Lidingö we participated in Portugal O-Meeting in Viseu in the mountains, as I have already been writing about, before we travelled to Mira at the coast, where we were training in pine forest and sand dune terrains. 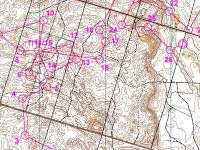 In the end of the Lidingö camp I got a cold, and had to skip a few days of training, including a WRE Long distance event close to Marinha Grande, that was the start of the camp with the Norwegian Team.

The following day I was able to run the Middle distance. My performance was good, and I finished 2 minutes behind the winner Thierry Gueorgiou and 1 min behind Anders Nordberg in 2nd place. As you can see on the map to the right I managed to run close to the line, and did only some very small mistakes, but was reduced physical after being sick. 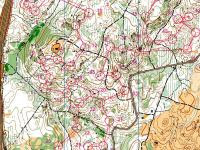 With the National Team we had three more days with training at the coast terrains between Figueira da Foz and Mira, before we the two last days went back to Viseu and trained on the maps from POM.

My Digital Orienteering Map Archive is updated with maps from all the races and many of the training (not any of the sprints) in Portugal, and you can also find several photos in my picture gallery.
Posted by Øystein Kvaal Østerbø at 21:51 No comments: