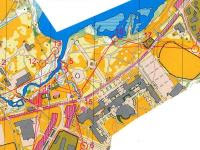 Last weekend I competed in the Swedish Championship in Sprint held in Gävle.

In Saturdays Qualification I wanted to get  a good feeling, and started almost as offensive as I wanted to do in the Final. I did a good performance, and won my qualification heat. Results 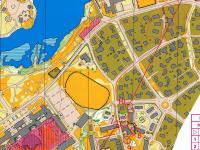 Sundays final went also well, and my only real mistakes was that I lost about 5 seconds on my route choices to the 1st and 18th control. My result was a shared 4th place, behind Jerker Lysell, Jonas Leandersson and William Lind. I was 25 seconds from the gold and 5 seconds from a medal. Results and GPS tracking

After all the health problems I had during the spring I am now really happy that I have been able to train well for a longer period, and that I am very close to some of the best sprint runners in the World when I do an almost clean technical races.

The Nordic Orienteering Tour are starting in Oslo on Saturday, and I am looking forward to 5 exciting races on Norway, Sweden and Finland. NORT is also the final for this seasons World Cup 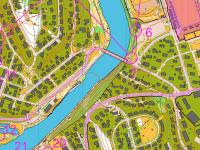 The Sprint was held in the city center, and I had a good run. My result was a 2nd place, 17 seconds behind Olav Lundanes. The race was also the final in the new Norwegian Cup in sprint orienteering, where I also finished 2nd, behind Olav. Results and GPS tracking 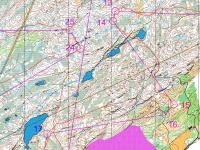 The Ultralong was held in a very nice terrain, with open and quite dry marches. The first 50 min of the race was the toughest, with a lot of climbing until we reached the highest peak on the map on the 7th control. I did mainly a good race, without any control mistakes. I lost some time on a few legs (most to the 17th control), when I was not running the optimal route, but was able to keep a stable speed the whole course, and was satisfied when I finished the 24 km long course after 2h 42 min. Olav won again with solid margin, and I finished in 5th position. Results and GPS tracking

Last week I was also selected in the Norwegian team to the Nordic Orienteering Tour that will be arranged with 5 races in Norway, Sweden and Finland the first week in September. NORT also count as the World Cup Final this season.
Posted by Øystein Kvaal Østerbø at 21:58 No comments: 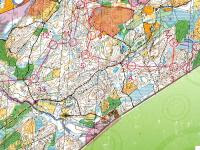 After WOC in Switzerland I travelled directly to Halmstad, south west in Sweden, where I competed in the O-ringen 5 days.

The 1st stage was a Middle distance. I was still tired after the WOC banquet and the travel from Switzerland the previous day. My performance was OK, except a 1 min time loss because I passed the wrong bridge to the 14th control. My result was a 30th place, 3 min behind Olav Lundanes. 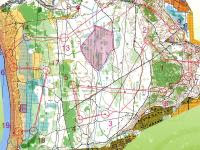 The 2nd stage was also a Middle distance, this time held close to the coast in a quite flat and fast terrain. I did several 15 - 20 seconds mistakes, but held almost the same speed as the fastest runners, and finished on a 8th place, 2 min behind Olav and Thierry Gueorgiou, who shared the victory. Overall I advanced to a 12th place.

The 3rd stage was a Sprint in the center of Halmstad. I lost some seconds because I was a bit passive on the first legs, and on the long leg over the river I lost about 10 seconds compared to the right route choice. The rest of the race went well, and I finished in a 7th position, 27 seconds behind Jonas Leandersson. (Jerker Lysell was 34 seconds faster, but was disqualified for passing a forbidden wall.) 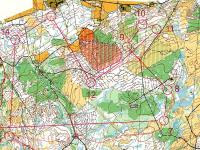 The 4th stage was a Long distance just North of Halmstad. I did several smaller and bigger mistakes in the beginning of the race, and in the part from the 7th to the 11th control I lost more than 3 minutes. To the 12th control Gustav Bergman caught me up. He helped me to increase my speed, and even if I lost contact with him I managed to keep a good speed and be more offensive in my orienteering the rest of the race. My result was a 13th place, 8 min behind Olav. 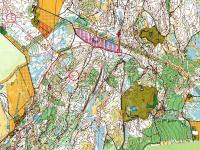 On the 5th and last stage I started as 11th runner in the chasing start. On the 2nd control I caught Erik Rost and Kalvis Mihailovs who had started 20 - 30 seconds in front of me. We were running mostly together for a while, but didn't keep so high speed, and did also some smaller mistakes. To the 15th control we where caught by a big group of William Lind, Olle Kalered, Mattias Karlsson, Johan Modig, Ola Martner and Erik Liljequist. On the long leg to the 19th control we split up, and I was choosing the road to the left. I think it was a pretty good option, and I think the 30-40 seconds I lost to William and the other guys running more straight was mostly because they had a higher running speed. I never managed to catch the runners who got a gap on the long leg, and could finish as 12th runner. An OK result taking into consideration my preparations, but I was still a bit disappointed since it was only 1 minute up to the 6th place, and 3 minutes to the 3rd place. Overall results
Posted by Øystein Kvaal Østerbø at 19:45 No comments: 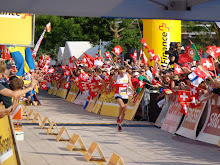 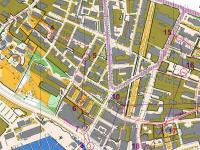 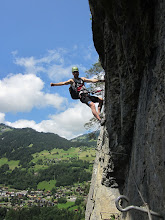 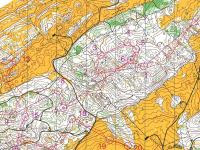 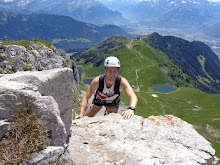 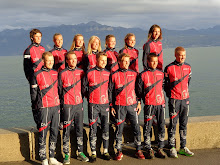 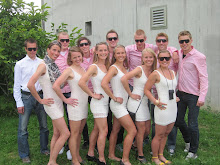 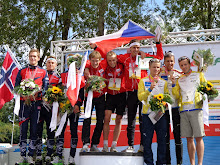 Sunday I traveled to Halmstad in Sweden, where I last week competed in the O-ringen 5 days. I did 5 stable performances, and finished 12th overall. I will write some words form O-ringen later this week, but you can already now watch my maps in my DOMA.
Posted by Øystein Kvaal Østerbø at 15:58 No comments: