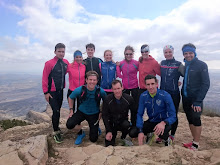 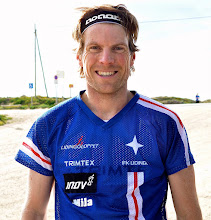 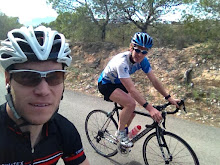 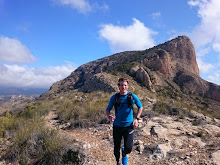 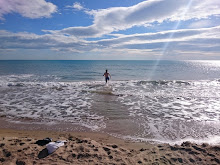 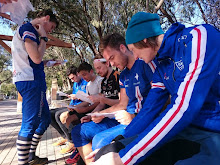 Posted by Øystein Kvaal Østerbø at 07:50 No comments: 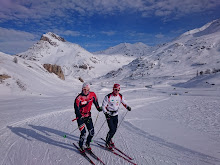 In January I spent 3 weeks in the Swiss mountains. The first and third week I stayed in Pontresina in the Engadin valley, and the second week in Lenzerheide, where the European Ski-o Champs was arranged. The main focus for the trip was to get a lot of easy training (mostly on cross country skies) on high altitude, but I did also some sessions with fast running on lower altitude. It was 3 great weeks with a lot of good training in really nice environments! 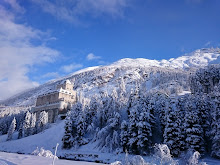 The first week i spent in Pontresina, 5 km from St. Moritz in the Engadin valley. I stayed together with the Norwegian Ski-o Team, that had a pre camp before the European Ski-o Champs the following week. The first week on high altitude I did only easy training. The first days it was not much snow, and we skied on artificial snow. But it was good for the running. In the weekend it came a lot of new snow, and the last day in Pontresina it was nice ski conditions.

The second week I moved with the Ski-o Team to Lenzerheide, where the European Ski-o Champs was arranged. I was there mainly for doing my own training, but since the Norwegian coach got sick, and had to stay home in Norway, I helped the team as a leader, joining team leaders meetings and being at start and arena during the races. It was quite busy days, but I was still able to train pretty well.

I was also competing in the Long distance with mass start, since Norway had a free starting spot. The race went OK, and I finished 29th, 5 min behind the winner Erik Rost. On the first loop I had the short forking, and was in front of many of the best, but when I had the long forking on the last loop I was pretty alone. Results, video, GPS, maps and pictures from all races.

It was nice to be a part of the Ski-o Team again, and be able to help them, after competing on international level most of the seasons from 2003 - 2009. (I have relay medals and individual top 6 positions from 3 World or European Ski-o Champs.) The week was ended in the best possible way when Norway won the mens relay (like last year), and we got also medals to Øyvind Watterdal in the Sprint and Audhild Bakken Rognstad / Hans Jørgen Kvåle in the Sprint relay. 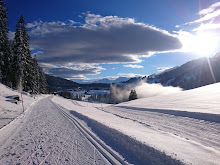 The third and last week in Switzerland I went back to Pontresina, where I stayed together with a friend from Trondheim. The skiing conditions was now excellent with almost 200 km of tracks. 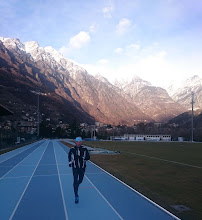 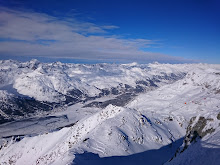 I did also the two longest skiing sessions of my life during the last week in Pontresina. The first more then 5 hours (80 km) up the valley to Maloja, and the last 7 hours (100 km) down the valley to Zernez.

I was also able to taste the local dishes fondue and raclette, and the last weekend I meet my parents. Before I took the flight home I did a sprint-o in the historical city of Milano. 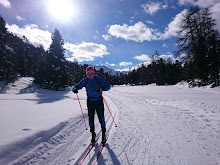 In total I got 3 great weeks in the Swiss mountains, with a lot of good training. Both the Engadin valley and Lenzerheide are really nice places, especially when you love skiing, and that was also the reason I was choosing to go the the Alps on this time of the year, in stead of for example Kenya or South- Africa.

Pictures from ESOC in Lenzerheide

Yesterday I tested my shape running 3000 m indoor during the Norwegian Champs in Steinkjer. I had aimed to run below my personal best that is 8.29, but was not feeling too fresh, and had to struggle the whole race, without having the best feeling. In the beginning it was a fight for the positions, and the runners in the front started really fast. I was leading the second group from 600 to 2400 m, but was passed by some fast guys in the end, and finished 10th, on the time 8.44. Results and video from the race

The result was not as good as I had hoped. But I have not been running too much during the 3 weeks in the Swiss Alps, even if the speed on the shorter intervalls has been pretty good. And I probably need more practice on keeping a stable high speed to perform better. But it's still a long time until the orienteering season starts, and I think I have made a good base of training so far this winter.

The coming week the World Ski-o Champs will be arranged on Budor in Norway. I would have liked to be there and watch may friends, but I will focus on training for the orienteering season, and will instead follow them live on internet.
Posted by Øystein Kvaal Østerbø at 07:55 No comments: