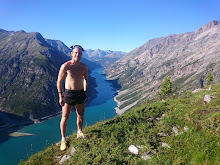 This season I have followed a bit different training program than the previous years, and it's the first time I have used high altitude training systematically. I have not been on so many training camps, but when I have been away I have tried to stay at the same place for a longer time. In January I spent 3 weeks in the Swiss mountains, in March/April I spent 3 weeks in Sierra Nevada in Spain, and in July I have spent 16 days in St. Moritz and Livigno as a last preparation for the World Orienteering Champs in Scotland that starts on Friday this week.

In the beginning of July we had Norwegian WOC selection races. I skipped the Middle distance since it came in conflict with the Swedish Sprint Champs, that I wanted to run since Sprint is my main focus this season. But I ran the two last selection races in Norway. In the Sprint in Vikersund I came 3rd, and in the Long distance in Høydalsmo i came 7th. That was good enough to be selected to run Sprint and Sprint Relay in WOC, and I'm also a reserve to the Forest Relay. 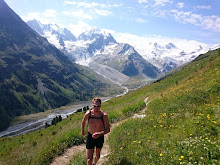 The day after the selection races I traveled directly to St. Moritz in Switzerland, where I stayed alone for two days before I met Borger Melsom and Sindre Rønning. Together with them I stayed 2 weeks in Livigno. Livigno is just over the boarder to Italy, 1 hour drive from St. Moritz, but the price level is much lover. We traveled back to St. Moritz  and the Engadin valley some days to get variation in the training environment. 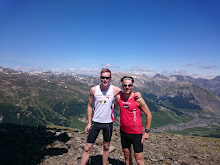 The first week I took it quite easy to acclimate to the high altitude, and did some longer trainings with hiking/jogging where I was out for 2 - 7 hours, plus some shorter training and a medium speed run.

The second week I started with some tougher training, and in total I did 3 interval sessions and 2 more medium speed runs. I did also Via Ferrata two times. The second last day Sindre and I were out hiking in Engadin most of the day. We climbed two peaks higher than 3000 masl (Piz Murtel and Piz Nair), and took cable cars down to save the legs.

In total I was very happy with the weeks in St. Moritz and Livigno. The weather was great, the training conditions perfect with nice mountain on all sides, and Sindre and Borger gave me good company. I was also healthy the whole time, and managed to do what I had planed.

On my Twitter @Kvaal_Osterbo you can see some of the highlights I have mentioned: 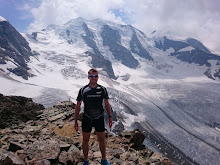 Pictures from St. Moritz and Livigno. 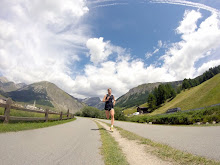 Now I have stayed home in Stockholm for almost a week, and on Wednesday I will travel to Scotland for the World Champs. My WOC program is as following: 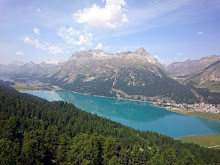 You can follow the races live on TV in several countries (Norway/NRK and Sweden/SVT), and through the organizers web service.

PS: The last year my main focus has been on training, work and social life, and I have not prioritized updating this blog so frequently. For weekly updates you can follow me on Twitter: @Kvaal_Osterbo and Instagram: @okvaal.
Posted by Øystein Kvaal Østerbø at 07:58 No comments: