Last weekend I competed in Antwerpen Sprint Orienteering Meeting, and it was actually the first time ever I was running orienteering in Belgium.

I arrived already on Tuesday to have some extra time to explore the country. The local star Yannick Michiels picked me up at the airport, and we went directly to Brussels where we did some sightseeing (including eating Belgium waffle with chocolate) and afterwards we ran a course from last years Brussels City race.

Friday we did an orienteering training in the morning, on a nice map called Sahara, plus a sprint training in the afternoon, followed by diner in Antwerpen together with some of the other international runners.

Saturday ASOM started with two sprint races just North of Antwerpen. In the first sprint I did some mistakes, but still managed to finish 2nd, 43 sec behind Yannick.

The second sprint went well, and I was again 2nd, now 23 sec behind Yannick.

Sunday it was an Urban middle distance in Antwerpen Old Town. I was happy with my performance, and I again came 2nd, 1 min behind Yannick. 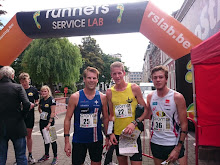 It was great weekend in Belgium, with nice courses on good sprint maps, and I definitely want to come back to ASOM the last weekend i June next year. I was also nice to visit several citys, and enjoying good food, and Yannick was a perfect host and training partner the whole weekend.

My pictures from Belgium. Orientering.no has made a report from both Saturday and Sunday. 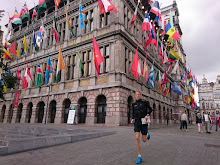 Today the Norwegian Champs starts in Levanger (1 hour drive North of Trondheim), and the four coming days it will be Long distance, Middle distance (qual + final) and Relay. In the Live center you can follow all races with results, GPS trackling and speaker sound.
Posted by Øystein Kvaal Østerbø at 07:58 No comments: