Easter on Røros and a good training period 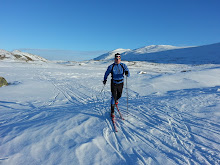 The whole Easter week I spent on my family’s cottage close to Røros, and it was actually the first Easter sine I became a junior runner I have not been doing any kind of orienteering. I was really lucky with my decision, because the weather was great and the skiing conditions perfect almost all the time. Most days I did 3 – 4 hours of cross country skiing, and some days also a shorter run in the evening. One day I was also doing alpine skiing in Tänndalen.

My training has continue gone well the last month, and in one way I think it has been good for me that several competitions in Sweden has been cancelled because of snow, because that has made it easier for me to still having focus on making good trainings. 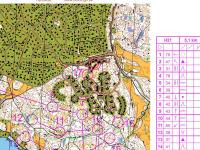 Last weekend I was competition director for a Middle distance arranged on Lidingö, and I was working quite much most days. When we planed the race we expected 500 - 1000 runners, but it ended up being more then 1500 entered, since several other races in the Stockholm area was cancelled. With good help from all the experienced people in IFK Lidingö SOK everything went smooth, and I hope the runners were happy to be able to run a race in almost snow free terrain on Lidingö. 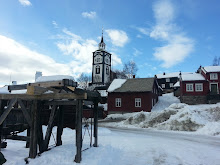 This weekend I will run my first competition since MOC in Italy one month ago. The Swedish Champs in sprint are held from Chalmers University in Gothenburg, with Qual tonight and Final tomorrow. I have been 4th the two previous years and hope to perform well also this year, even is I have been training much the last period.
Posted by Øystein Kvaal Østerbø at 14:25