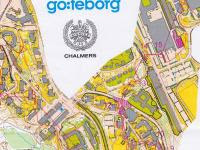 This weekend I have competed in the Swedish Sprint Champs held from the Chalmers University in Göteborg. Both days we got nice courses with interesting route choices and shorter legs in more detailed areas.

In Saturdays Qualification I did a stable performance, but lost a few seconds some places. I was 3rd in my heat, 2 sec behind Ralph Street and 1 sec behind Anders Holmberg, and qualified easily for Sundays final. It was cool that as many as 12 runners from my club IFK Lidingö qualified for the A-finals. Pictures from the Qual. 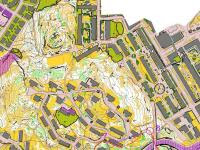 In todays Final I was quite satisfied with my performance when I finished, and was in the beginning a bit disappointed I did not got a better position then a 6th place, 28 seconds behind the winner Gustav Bergman. But when I looked at the splits and GPS tracking I realized I lost 10 seconds on my route choices to both the 4th and 10th control, and it was a strong start field, so I think this was a good start of my spring season in Scandinavia. Pictures from the Final.