Maps and pictures from New Zealand 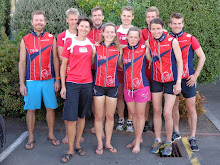 The three weeks since I came home from New Zealand has gone fast, and I have now finally managed to uploaded a quite big selection of pictures from the weeks on the North Island to my web gallery, including several pictures I have got from different friends.

I have also uploaded maps from all the competitions and most of the trainings to my Digital Orienteering Map Archive. The training on Flock Hill (map to the right) was one of the highlights. 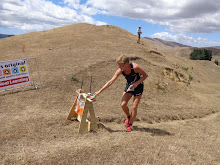 During the weeks on the North Island I had focus on the World Cup races, and preparations to them, so I was not doing so many touristic things. The infection I got in my right thigh also made me miss 5 days of training, and partly also the chances to do as well as I had hoped in the WC races. After the WC races I was participating in Sprint the Bay before I headed to the South Island. 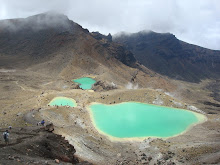 The pictures from my visit to New Zealand in January 2011 shows some of the nice places on the North Island I visited then, but missed now, like the Coromandel Peninsula, Rotorua, Taupo and the Tongariro Crossing.

I have already been writing a report from the South Island, and uploaded a lot of pictures.

Here is links to all the blog post I made during the trip to New Zealand: 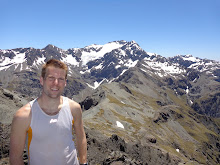 Posted by Øystein Kvaal Østerbø at 00:11