In the end of March I spent a very nice week in the south of Italy. The first 5 days I participated in the MOC Sprint Camp organized by Janne Salmi in Gargano, 4 hour drive south east of Rome. I travelled together with runners from the Norwegian national team and our new sprint trainer Emil Wingsted. It was also a lot of other good runners there, like Daniel Hubmann, Matthias Müller and Jerker Lysell. In total we had 6 great sprint trainings in very tricky old cities and 3 trainings in forest. 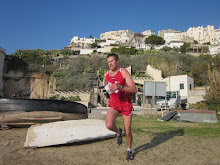 In the weekend after the training camp the Mediterranean Orienteering Championship was arranged in Rome, with two sprint races and one middle distance held in different parks close to the city centre. I did stable performances in all the races, and finished 6th, 4th and 4th. Overall I also finished 4th, behind Jerker Lysell, Scott Fraser and Matthias Müller. Results

It was a great week in Italy, with several really good sprint trainings, some trainings in challenging forest, the MOC races in Rome, and even a short sprint course finishing in the Vatican. I enjoyed also seeing more of Rome as a tourist together with the nice people I travelled together with. 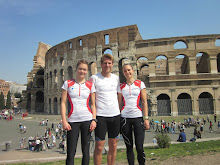 My Digital Orienteering Map Archive is updated with maps from all the training and MOC races, and you can also find several photos in my picture gallery.
Posted by Øystein Kvaal Østerbø at 21:56