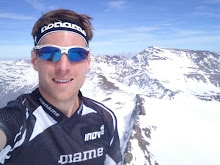 Last winter I followed a bit different training program than the previous years. Since I'm not in the Norwegian National Teams training group I have had the opportunity to plan my training exactly as I want and believe in. I have not been on so many training camps, but when I have been away I have tried to stay at the same place for a longer time. I have not been running too much orienteering, but had main focus in becoming a faster runner. A main goal has been to have continuity in my training, without to many disturbing elements. 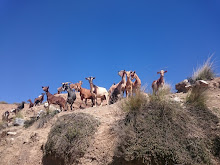 In January I spent 3 weeks in Swiss mountains and in February 10 days in Alicante with my club IFK Lidingö. In connection with the Easter I had my second high altitude training camp, and from the end of March to the middle of April I spent almost 3 weeks in Sierra Nevada in Spain. 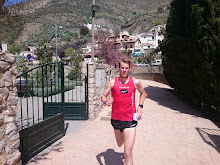 Originally I was thinking about going to Flagstaff in USA or Dullstroom or Eldoret/Iten in Africa, but ended up with Sierra Nevada since it was a much shorter travel, and still seemed to be a place for good training conditions. In short terms I can say that it was fantastic environments for training, and that the first two weeks was really good, while the last week was partly destroyed by stomach problems and fever. 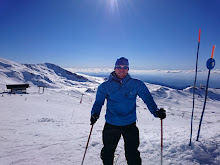 I stayed in Sierra Nevada ski resort 2200 masl the whole period. The day I arrived it was snowing, but the following days the temperature increased to be around 15 degrees in daytime. The first week I did only easy training, and the last two weeks I had planed to have a high intensive training every third day. 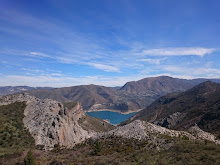 For most of my training I traveled down to altitude between 1200 and 1800 masl. There it was mostly great weather, and possible to run in short pants and without shirt. I did several long easy runs in the mountains, where I was out for 3 – 4 hours. 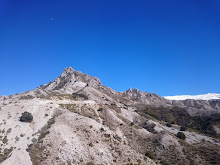 The website Trek Sierra Nevada was useful for finding nice places to run, and I was running all of the 10 closest hikes in the area between Sierra Nevada and Granada. Sometimes I made a combination of several hikes, or made an extra loop. 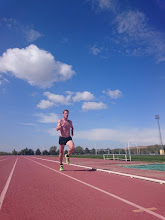 The first two weeks my training went really well and here are the highlights I have mentioned on Twitter @Kvaal_Osterbo: 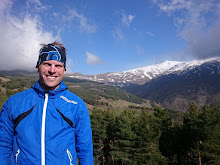 The first week I stayed alone. That was fine because I had a lot of work to do, and was mainly sitting in front of my computer when I was not out training. The two last weeks I got company from a Norwegian friend and my family. 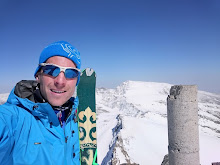 The third week was unfortunately partly ruined because I got some serious stomach problems. In that period I traveled down to Nerja at the coast, to recover faster than in high altitude. I had to stay in bed (or at the bathroom) for some days, with fever in the beginning. 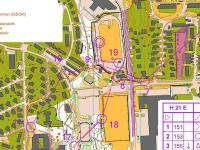 It took some weeks before I felt recovered from the stomach problems, and I think the sickness also influenced in my results during the Norwegian World Cup selection races in the end of April, where I finished 3rd in Sprint and 16th in Long. 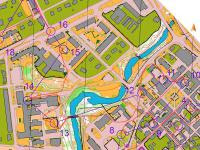 But the last weeks my shape has felt better and better, and I have got some pretty good results, even if my orienteering have not always been the best. In 10mila I ran in the IFK Lidingö team finising in 4th place, and in a Swedish League WRE Sprint in Dalarna I finished with the 2nd best time, but was disqualified because I punched a wrong control. Last week I was 3rd in Stockholm City Cup, 2nd in Centrum Team Sprint together with Niklas Serrander and did a pretty good 5 km street race finishing 2nd in the time 15.33 (in a too hilly course to set a top time). 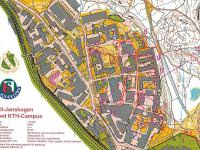 Now I am looking forward the Norwegian Sprint Champs in Tønsberg the coming weekend, and hopefully World Cup in Norway and Sweden next week.

PS: The last year my main focus has been on training, work and social life, and I have not prioritized updating this blog so frequently. For weekly updates you can follow me on Twitter @Kvaal_Osterbo and Instagram @okvaal.

Posted by Øystein Kvaal Østerbø at 07:57