On my way to New Zealand (where I will run World Cup I January) I stopped 3 days in Hong Kong. The main goal for the stay was to split up the long travel, but it was also nice to see the city and participate in the Hong Kong Annual Orienteering Championships, that included World Ranking Events in both Sprint and Middle Distance on the 25th and 26th December. 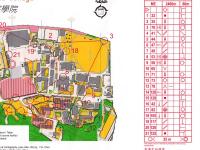 The Sprint was held in the Police College on the south part of Hong Kong Island. I did a quite stable performance, and finished with the best time. But I soon realized that I had skipped the 14th control, since I hadn’t seen it on the map during the race, and I was disqualified. 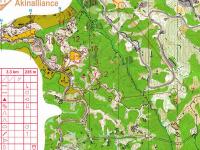 The Middle distance was held in a hilly forest area in Tai Tong, North West of Hong Kong City. Most of the forest was very bushy, as you can see on the map, but it was nice to run in the “white forest”. I did a quite good race, and was able to win in front of Will Critchley and Dag Steinar Ragvin. Helen Palmer won the women’s class both days. 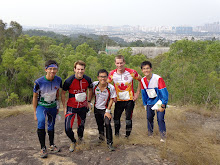 It was nice to visit the areas around the city in connection with the orienteering races, but also to stay in the inner city some days. Hong Kong is a cool place to be, with a combination of Chinese and Western culture, and I would like to come back later if I have the possibility.

Picures from Hong Kong.
Posted by Øystein Kvaal Østerbø at 04:49