Great nature adventures on the South Island of New Zealand 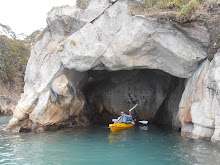 After Sprint the Bay I continued my stay in New Zealand with spending the last nine days on the South Island. I had not planed exactly how I should get there, but the Austrian runners Erik Nilsson-Simkovics and Gernot Kerschbaumer, and their Swedish friend Christian Arnesson, had a free seat in their car, so I decided to join them. Friday we drove from Napier to Wellington, took the ferry to Picton, and continued to Nelson. 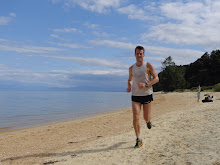 Saturday morning we headed one hour north to the Able Tasman National Park, where we where kayaking for some hours, before we had a long run on some great tracks with a scenic view. The Able Tasman was a great place, and I would have liked to spend more days there. 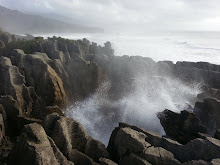 Sunday we continued to the west coast, where we visited Westport, before we ran the Inland Pack Track in Paparoa National Park. After the run we had a look at the Panakaki Pancake Rocks and Blowholes before we continued to Greymouth.

Monday we headed east to Arthur’s Pass, where we did a tramp up to Avalance Peak, with a panoramic view. It was steep, and we were climbing 1100 meters in one hour. 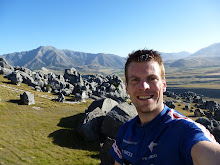 From Arthur’s Pass we continued to Flock Hill, where we ran an orienteering course in an amazing terrain with a lot of stone details on a hill with open grass areas. 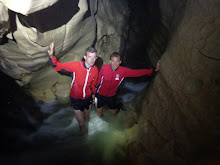 After the orienteering we discovered a 500 m long cave stream. It was possible to walk through the cave upstream. We had to walk with cold water up to our breast, and it was also quite narrow some places, but a great experience. After a along and though day we arrived late to Christchurch, where we stayed at the place of my former team mates from Wing OK Chris Forne and Emily Wall, who lived in Trondheim 2009 – 2011. 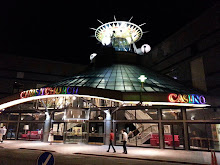 Tuesday and Wednesday we spent in Christchurch. It’s not the most touristic city, but we where visiting the Casino, a museum and a botanical garden. The damages from the earthquake in 2011 were bigger then I had expected, and big parts of the city centre were still totally closed. 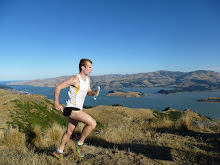 We did of course also two trainings a day, even if we were tired after the first days with a lot of travelling and different activities. We ran orienteering in the coastal terrain Woodend Beach and sprint training on a small but challenging school area called Van Asch, in addition to some easy runs up to a hill with a great view over Christchurch. 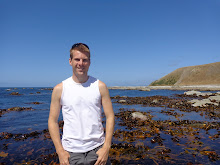 Gernot and Christian travelled home from Christchurch, and Thursday Erik and I continued north to Kaikoura, where we ran parts of the Kaikoura Great Walk. Unfortunately the weather was not too nice, and the view was either not as amazing as we had been reading in advance. 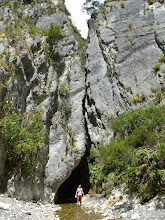 Friday we continued north for participation in the New Zealand South Island Champs arranged in the weekend. On the way north we stopped and ran the Sawcut Gorge Route. Sawcut Gorge is chasm that is 150 m deep, but in places only 2 meter wide. 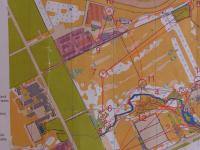 The Sprint Friday evening was held in Blenheim. The course was quite easy, and I won the race after a performance without mistakes.

The Middle and Long distance was held from St Arnaud in Nelson Lakes National Park. The terrain was very special, with a mix of native forest and open areas. The green was very thick and with low visibility, so you could pass a control with only a few meters without seeing the flag. 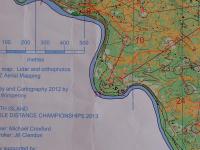 In the Middle distance I lost more than 5 min to the 4th control, but was quite satisfied with the rest of the course even if I lost up to 1 min several places. My result was a 3rd place, 5 min behind Chris Forne. I think this is the first time I have used more then 1 hour for a middle distance. 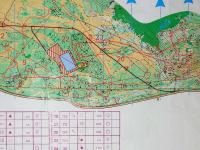 In the Long distance I avoided any huge mistakes, but lost 1 – 2 min several places, especially in the beginning if the course. My result was a 2nd place, this time 6 min behind Chris Forne. (From the 8th control to the finish I had the same time as Chris.)

After the race I went directly to Auckand, and Monday morning I continued my travel home. I had almost one day stopover in Hong Kong and will arrive to Trondheim tonight. 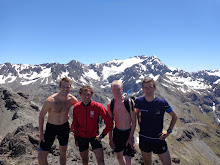 The South Island was a great place, even if I also liked the North Island very much, and I would like to stay there even longer next time I come to New Zealand. I would also like to thank my travel mates and all Kiwi orienteer’s that helped us during the trip.

I have uploaded a lot of pictures from the South Island, showing some great nature adventures. I will hopefully soon also have time to update my picture gallery from the North Island.
Posted by Øystein Kvaal Østerbø at 17:55