Last weekend the World Orienteering Championship in France started with Qualification races for Long and Middle distance. Tomorrow the WOC are also starting for me, when the Sprint will be arranged in Aix-les-Bains and Chambery. 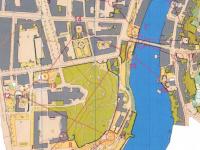 The last three weeks before I travelled to France I spent in Trondheim. My Norwegian club Wing OK helped me with great preparations, and arranged two relevant sprint trainings with high intensity every week. Most of them were on maps from WOC last year. It was nice be some weeks in my hometown Trondheim, and both see my family and other friends. 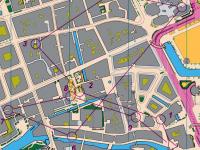 In the end of last week I travelled to France, and Saturday I had my last training with high intensity when I was running four orienteering intervals in Annecy. Today we were running the Model event in Chambery. Tomorrows Sprint will have Qualification in Aix-les-Bains in the morning and Final in Chambery in the evening. My preparations have gone as planed, and I am now starting to be really excites and looking forward to the competition. 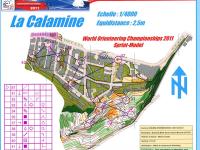 You can follow the race on the organizers live page. The men’s Final can be watched live on the main Norwegian television channel NRK1 from 16.15, and women’s race in replay afterwards. The Swedish channel SVT Play will send both Final’s live from 14.55, and should be possible to watch in all countries.