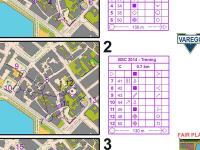 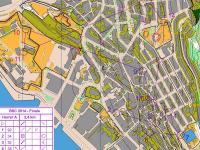 You can see all maps from BSC in my DOMA, and Jan Kocbach has made a new great app called SPAS (SPlits Analysis System) were you can analyze the route choices of more then 100 runners on each stage. The organizers page with results, maps, route choice analyzes and pictures are well worth a visit. Bergen Sprint Camp was again very well organized, and is one of the best opportunities to train sprint orienteering on quality maps and courses.
Posted by Øystein Kvaal Østerbø at 07:55